Get ready to get inspired! Canadian Rod Wellington, who in 2013 paddled the Missouri/Mississippi Rivers from Source to Sea, will return to Kansas City to share his newly self-published book “River Angels”, a behind the scenes look at the people that make modern adventure possible. 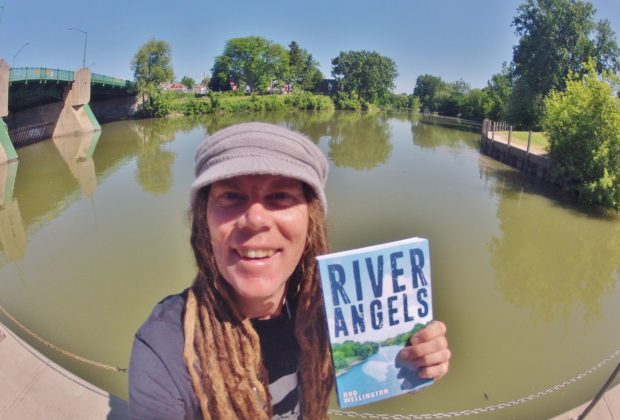 In 2013, Rod Wellington paddled his way past Kansas City as the first North American to travel “Source to Sea” from Brower Spring near the Montana Continental Divide to the Gulf of Mexico. Inspired by that trip and others, he has self-published a book called “River Angels”. It’s a behind-the-scenes look at the simultaneous organization of three separate self-propelled expeditions and the dynamic individuals who took part in those expeditions.

The book also introduces the world to a burgeoning network of altruistic “river angels”-riverside citizens who not only assist long-distance paddlers, but also help preserve and promote the rivers they love.

As owner of his own publishing company (Crow Books), Rod will also discuss the pros and cons of self-publishing. A Q&A will follow. 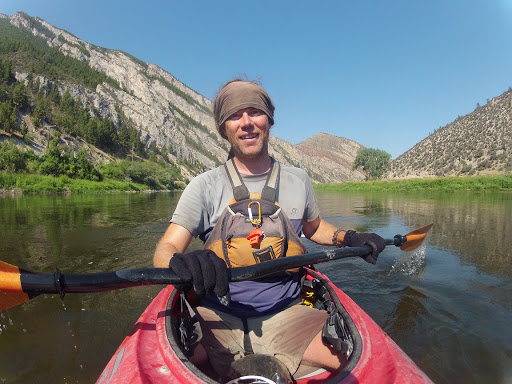 Rod Wellington on the Jefferson River in 2013.

Rod Wellington spent eight unfulfilling years frowning his way through a landscaping job he despised. In 2011, he parked his lawnmower for the last time and enthusiastically began pursuing his true passion: adventure. Now he smiles every day.

On April 2, 2013, Rod became the first Canadian (and first North American) to kayak the Missouri-Mississippi river system from source to sea, a distance of 3800 miles/6100km. The solo journey took 256 days to complete. Rod’s triumphant arrival at the Gulf of Mexico marked the completion of Stage One of his Magnificent Seven Expedition, a personal quest to descend the longest river system on each continent from source to sea using only human-powered transportation (on foot, kayak and raft). He estimates it will take 15 years to complete the project. Rod plans to write a book about each of the seven journeys.

Rod will also be doing presentations in St. Charles, Parkville and Rocheport!!!