Hazards of Spent Lead Ammunition to Wildlife and Humans

Presentation by John Weber, US Fish & Wildlife Service
Environmental Contaminants Specialist John Weber will share the science behind new regulations limiting the use of lead based ammunition and the history of lead’s effects on wildlife. 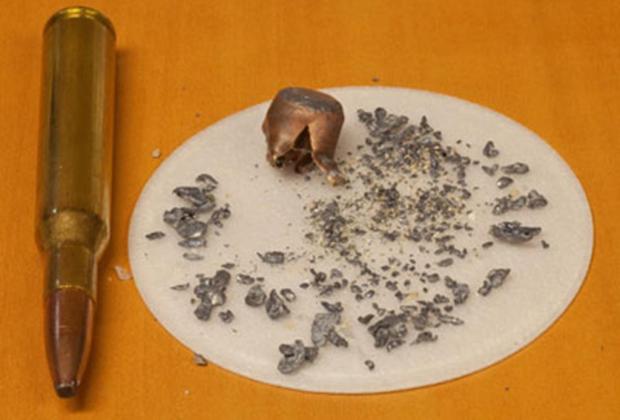 This photo shows a Remington Core-Lokt lead-core rifle bullet that has been discharged and retrieved. Notice the numerous lead fragments that resulted from the bullet expanding and that the bullet only retained 70% of the original mass. (http://www.nps.gov/pinn/naturescience/leadinfo.htm)

7 p.m. presentation
lower floor of the Les Bourgeois Vineyards Bistro in Rocheport, MO (directions below)
If you intend on coming early to purchase an amazing dinner at Les Bourgeois Bistro before the presentation, PLEASE call to make a reservation at: 573-698-2300 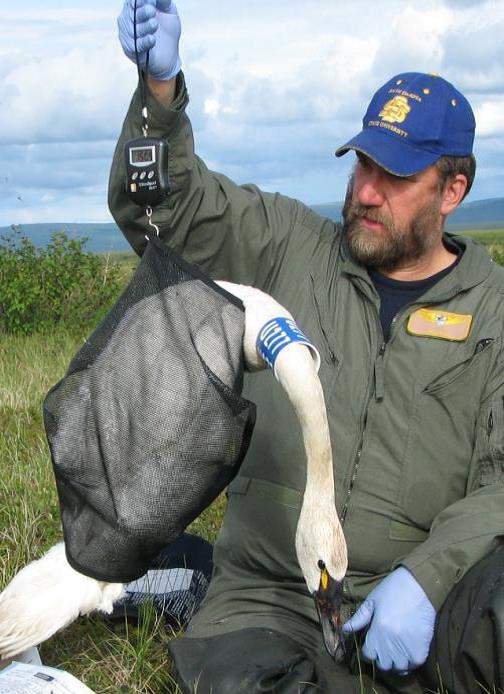 Last year, Roger Giles – who spends a lot of his time on the Missouri River – rescued a struggling bald eagle right out of the river on the banks of Eagle Bluffs Conservation Area. The bird was first suspected of suffering from lead poisoning. Testing showed that was not the case, but the event did reveal to many of us the fact that lead poisoning is a very common cause of sick and injured eagles. Raptor Rehabilitation Project officer Christa Moore said at the time, “They get it through the food they eat, lead shot,” she said. “They will pick up a lot of lead in their system which is toxic to them in high quantities.” Here’s the article (with great video on Roger’s boat) from KOMU-TV.

Recent research is revealing surprising levels of contamination in people and wildlife, especially birds, due to exposure or ingestion of lead shot or bullet fragments used in hunting and lead sinkers used for fishing. But there are alternatives out there that work and new regulations are working to reduce lead contamination from recreational activities.

John Weber, a environmental contaminants specialist with the U.S. Fish & Wildlife Service Columbia Ecological Services lab, will describe the fate of lead (Pb) based ammunition in the environment and its potentially toxic impacts to wildlife and humans following ingestion. John will address the scope and history of the problem as well as progress that has been made limiting Pb in the environment.  Additionally, John will discuss effective alternatives to Pb-containing ammunition readily available in the local marketplace.

John Weber was born and raised in Cole County, MO near the Moreau River.  After attending college at Furman University in Greenville, SC, John spent a year volunteering for Habitat for Humanity in the mountains of North Carolina and then took a job as the stewardship coordinator for the Columbia Land Trust in Portland, OR.  Following the birth of his first daughter, John accepted a position with the Missouri Department of Natural Resources in Jefferson City, Missouri as a Superfund state project manager focusing on the impacts of mining related contamination on the environment.  In 2007, he moved to the U.S. Fish and Wildlife Service as an environmental contaminants specialist where he continues to research the impacts of heavy metals on the natural resources of the United States. John enjoys hiking, camping, deer hunting, and amateur forestry and has a M.S. degree from the University of Missouri in Environmental Science.

Dig deeper into this month’s topic.