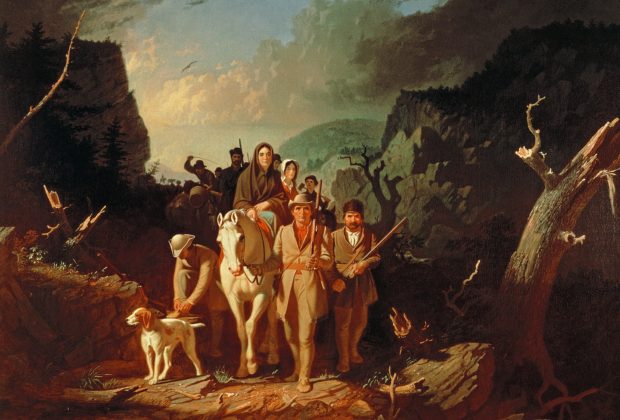 St. Charles County is dotted with important sites related to Daniel Boone and his family’s migration westward along the Missouri River corridor. His son Nathan’s home and property, near Defiance, is now part of the St. Charles County Parks system and is where Daniel spent the last 20 years of his life.

Ken will outline the Boone family sites here in St. Charles County as well as the political role Boone played during the transition from Spanish rule to the American acquisition of the Louisiana Territory. He will mention the trails his sons blazed westward after the family arrived in 1799 (Daniel Boone was 65 years old). The Boone family opened up the way west from the Spanish settlements, along the north side of the Missouri River.  This will be an informal opportunity to gain real insight about Missouri’s early culture in an informal sit down Q&A session with Ken. 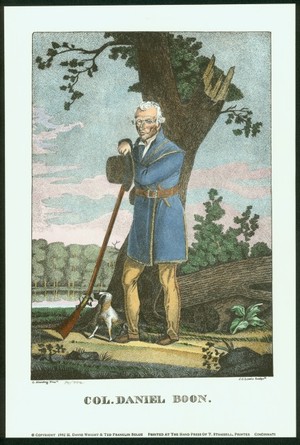 Engraving by Chester Harding and James Otto Lewis, ca. 1820. This tree is believed to be the “Judgement Tree” located in the Missouri River bottoms near present day Matson, MO, where Boone held court proceedings while being the district judge under Spanish jurisdiction.

Ken Kamper and Greenway Network have a strong a desire to see that the original and only “Spanish Land Grant” given to Daniel Boone, which is on the Missouri Dept. of Conservation’s “Darst Bottom Tract”, become accessible to the public from the Matson Katy Trail Trailhead or from Hwy 94.  This MDC property is the site of “Missouriton” a town Boone’s son designed on Daniel’s Land Grant, with residences and commercial establishments (including a Post Office) and will always be important historically.  Unfortunately, this area is now only accessible by boat access from the Missouri River. Direct access would open avenues for better historic tourism and cultural appreciation.

Dig deeper for more information on this topic.

A special thank you to Greg Poleski and Mike Garvey of Greenway Network for making this happen!