How the Army Corps of Engineers regulates our water resources

Kansas City District Regulatory Project Manager Justin Hughes will join us to explain the many roles the U.S. Army Corps of Engineers plays in permitting, regulation and development mitigation throughout the country and in the Kansas City area. 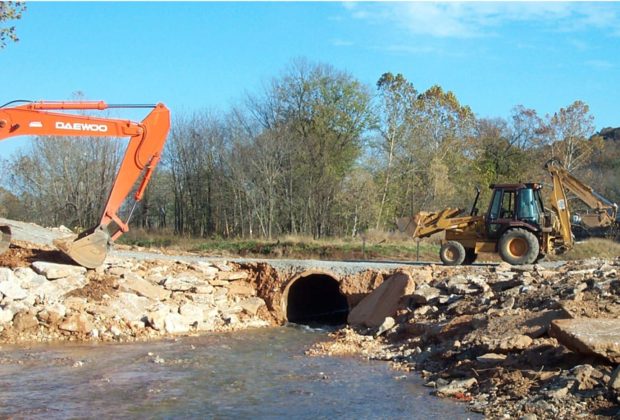 Most people understand the role that the U.S. Army Corps of Engineers has in building dams and managing our navigable rivers, but less well known is the regulatory role that the Corps plays in issuing permits for development and infrastructure projects that involve rivers, streams and wetlands.

Kansas City District Regulatory Project Manager Justin Hughes will join us to explain this regulatory role. Sand and gravel dredging, permitted outfalls, wetland draining, bank stabilization and many more activities are regulated by this important division of the Corps. Many of these are related to implementation of the Clean Water Act.

Justin Hughes has worked for the Corps of Engineers for the last 12 years and currently serves as a Regulatory Project Manager in the Kansas City District Office. Prior to working for the Corps, Justin worked as an environmental program manager for the state of South Carolina. He is originally from SC and has a B.S. in Biology and M.S. in Environmental Studies.