“Spirit of Adventure” – A Canoe Voyage from Montana to Dallas 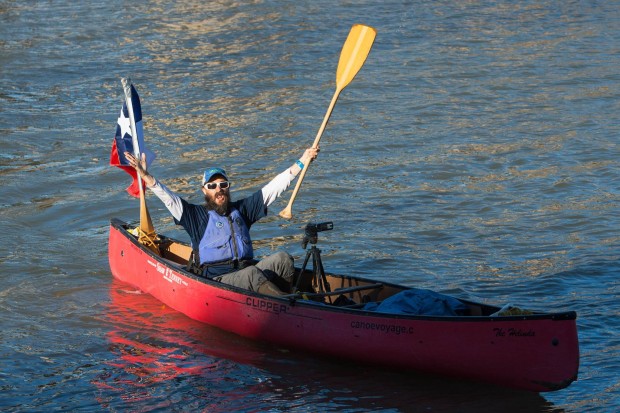 Keith Lynch at the end of his 4,000 mile canoe voyage from Montana to Dallas.

Keith Lynch finished his epic canoe trip on Nov. 29, 2014, but there was one more step to his journey he had not expected. On August 3, 2015, Keith hopped on a plane to Salt Lake City, Utah to receive the “Spirit of Adventure” award from Canoe & Kayak Magazine – a reader poll award that honors “ordinary” people doing extraordinary things.

Extraordinary is an understatement. In the spring of 2014, Keith quit his cubicle job in Dallas, TX, and traveled up to Montana where he met up with Norm Miller and Kris Walker, a couple of legendary “river angels” who helped get him started on his trip. He was going to canoe the entire Missouri River, then down the Mississippi River, then up the Red River, do a short portage then paddle up the Trinity River back to his home in Dallas.

The catch? Keith had never paddled a canoe before.

We were lucky to share the evening with this very funny, very inspiring every man who dropped 50 pounds, gained a Grizzly Adams beard and made hundreds of friends and fans along our nation’s greatest rivers. 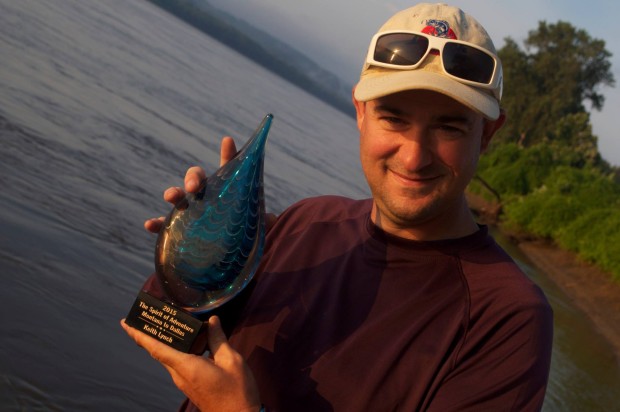 Some articles on his trip

← Can Anyone Explain to Me Why We Subsidize Barges?
Drinking the Big Muddy →