Can Anyone Explain to Me Why We Subsidize Barges? 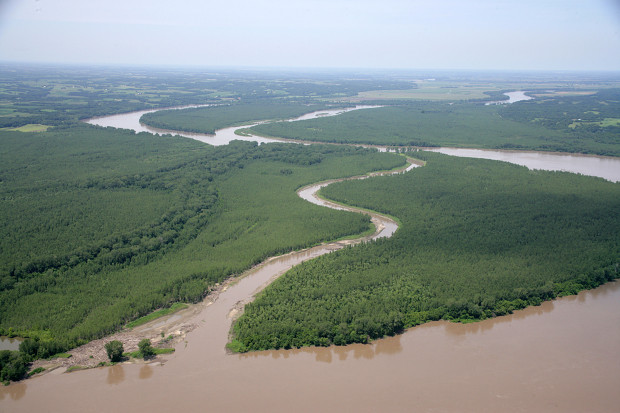 Presentation by Brad Walker, Mo. Coalition for the Environment

The management and engineering of the Missouri River, and the entire Inland Waterway System (IWS) it is a part of (of which the largest part is in the Mississippi River watershed), is driven in large part by the needs of the navigation industry.This has real effects on the ecology and hydrology of the river and the on the communities that live along it, and large public costs for infrastructure maintenance and upgrading.

For the Missouri, river flows are managed through the system of dams and reservoirs that boost late summer flows, while the lower river specifically has been engineered to maintain a 300 foot-wide and 9 feet deep navigation channel. 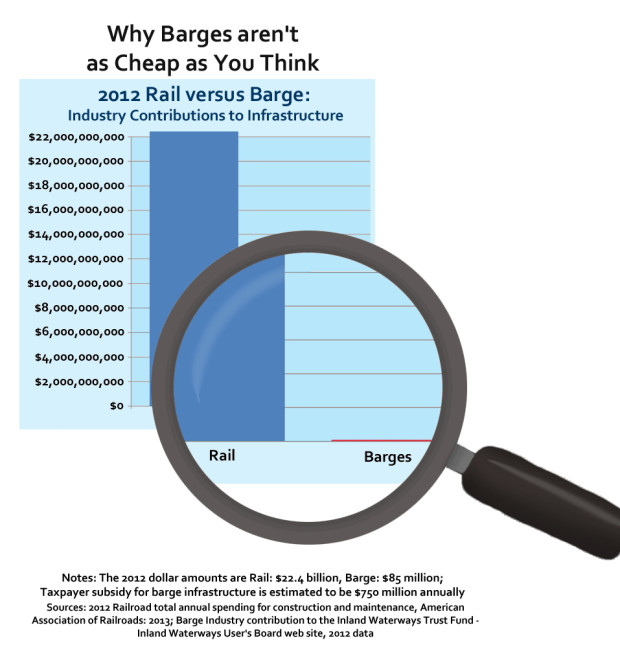 A comparison of the infrastructure costs paid by the railroad and river navigation industry.
Provided by Missouri Coalition for the Environment

Brad Walker, Big Rivers Director of the Mo. Coalition for the Environment, explored the public benefit of the IWS, revealed what has been the environmental impact of the IWS, and finally compared the costs and benefits of barge transport with its major competitor– rail.

Prior to his work in the conservation and environmental sector Brad Walker worked for over 20 years in the construction industry, primarily performing construction management for large wastewater treatment plants in the western US. He then spent two years in Jamaica with the U.S. Peace Corps. For the last nine years he has worked on river issues on the Mississippi and Missouri Rivers. Brad has a B.S in Civil Engineering and a M.A. in Geography.