The Missouri River as a Wildlife Highway 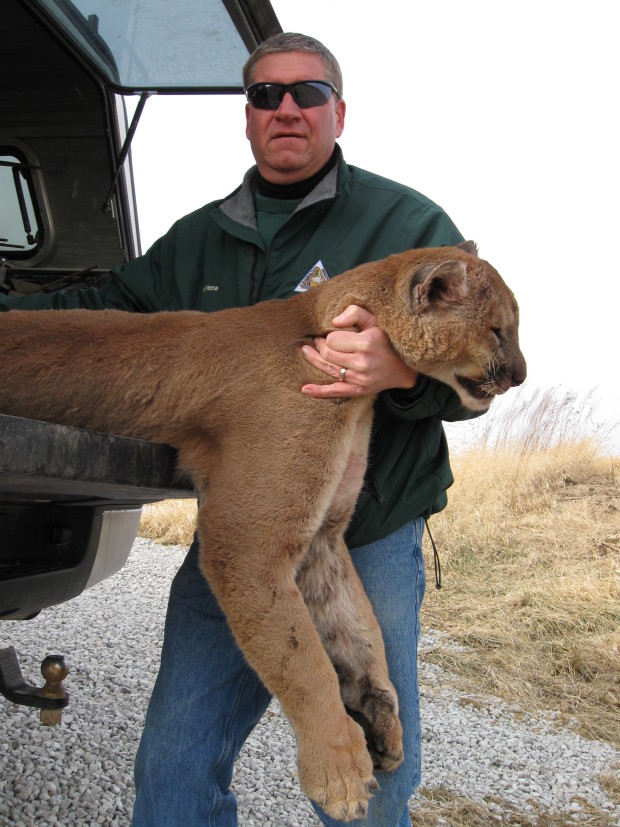 MDC biologist Todd Meese with a mountain lion that was tranquilized in order to take measurements and samples as part of a long term study on the transient mountain lion population in Missouri.
Photo courtesy of MDC.

Rivers have always served as biological highways, connecting together different locations in a kind of riparian web. As humans continue encroaching on habitat throughout the Midwest, the Missouri River has become an even more important corridor of wildlife dispersal.

Meese discussed his work tracking the movement of the increasing number of mountain lions sighted in the state (55 confirmed sightings since 2002). By detailed DNA analysis, he and his colleagues have determined that most of these are juvenile cats that originated in the Black Hills of South Dakota. Evidence points to the animals using the Missouri and Platte River (NE) corridors as their dispersal highway.

MDC has also been tracking the movements of otters and beaver, both of which use the Missouri River and its tributaries to expand their territory with growing populations. Using these and other species as examples, Meese described the unique stories of these animals, as well as the general concept of our river valleys as important corridors of wildlife movement and habitat expansion.

← Drinking the Big Muddy
Can Anyone Explain to Me Why We Subsidize Barges? →