This presentation was originally given on March 31, 2015 at Westport Coffeehouse Theater – 4010 Pennsylvania Ave. Kansas City, MO.

Since 2010, the USGS, in cooperation with the Missouri Department of Natural Resources, has been monitoring stream water quality in the Lower Grand River Basin.   Previous work demonstrated that substantial quantities of sediment and nutrients were exported from the basin each year and that these contaminants ultimately contributed to Gulf of Mexico hypoxia.  Simultaneous with the monitoring effort, and in attempt to reduce deleterious effects on stream water quality, farmers in the Lower Grand River Basin have been encouraged to implement integrated conservation practices. This talk focused on approaches to understanding how such conservation programs may affect water-quality, illustrated approaches for determining long-term trends in water quality, and explored how the lingering effects of drought may challenge assumptions about conservation effectiveness. 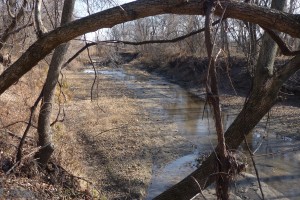 Donald H. Wilkison is a Scientist Emeritus with U.S. Geological Survey in the Kansas City office of the Missouri Water Science Center.  Mr. Wilkison, a registered geologist in the State of Missouri, earned his M.S. in Urban Environmental Geology from the University of Missouri-Kansas City and is a long-time resident of Kansas City’s urban core. Mr. Wilkison’s work with the USGS centered on the goal of providing a better understanding of the influence of human activities on water quality in both rural and urban settings.  He has been the principal investigator on studies on the occurrence and distribution of pesticides in ground water in Missouri,  the fate and transport of agricultural fertilizers through the hydrologic cycle,  and the occurrence, transport, fate and effects of nutrients, organic wastewater contaminants, pharmaceutical compounds, and bacteria in surface waters of the Kansas City metropolitan area. 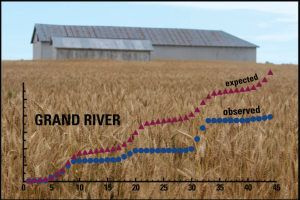