The Early History of Steamboats on the Missouri River 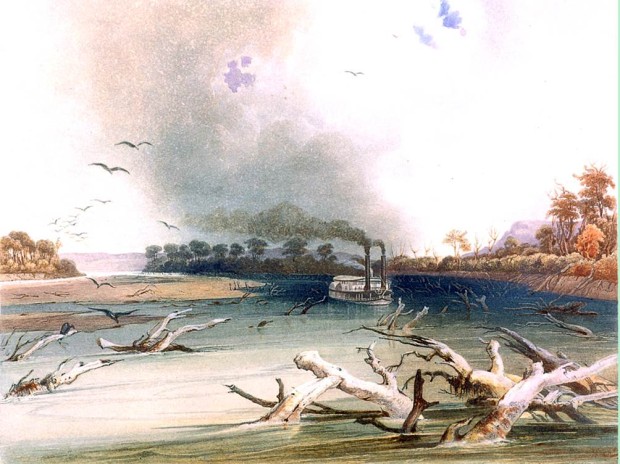 This painting was done by Karl Bodmer on a trip up the Missouri River on the steamboat Yellowstone in 1833.

The Missouri River was never kind to steamboats, but for several decades the river served as a highway to the west, with steamboats being the main conduit of settlers and supplies for the western expansion. Barbara Giles shared her research into the development of steamboat travel on the Big Muddy, from the intricate and evolving design of these impossible river crafts to the stories of the people that transformed this dangerous journey up the Missouri River into a 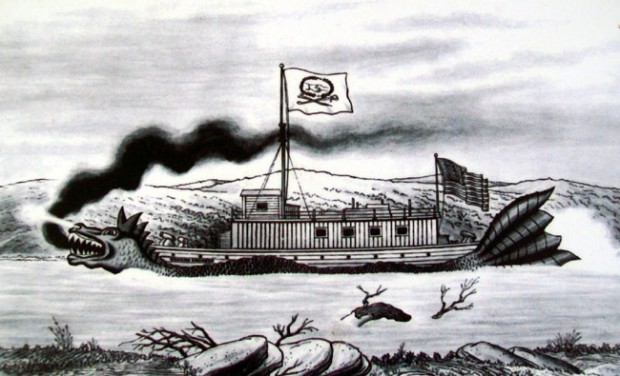 A fanciful drawing of the Western Engineer, one of the first steamboats to travel up the Missouri River in 1820.

phenomena of western movement and shipping.

Barbara Giles is a retired molecular biologist whose interest in early Missouri River history turned into an obsession of sorts when she discovered that one of her ancestors was famous Missouri River steamboat pilot Joseph M. LaBarge. Her and her husband Roger now own and operate a steel-hulled sternwheel paddleboat named the “Joseph M. LaBarge” which is moored at Cooper’s Landing in Boone County.

Her alternate title for this presentation is: “Lessons Learned from My LaBarges:  the Captain and the Sternwheeler”. 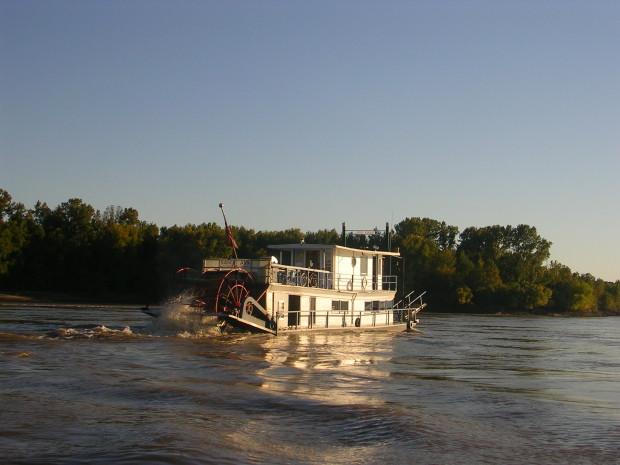 The sternwheeler named Joseph M. LaBarge is owned and operated by Barbara and Roger Giles out of the Port of Nashville, Boone County, MO. photo by Racin’ Dave Stevens.

The Big Muddy Speaker Series is a monthly series of presentations about Missouri River topics. It is currently held each month in three locations: Kansas City, Rocheport and St. Charles.

This statewide series is hosted by Missouri River Relief and Friends of Big Muddy with a long list of local partners at each venue.

Here are some links for further research on this fascinating topic: